(I wrote this while falling asleep so there may be more typos than usual. I'll try to go back and clean this up when I get some sleep. Really internet. I promise.)

So every website I have gone to in the past few weeks has a banner ad for the DVD release of the Paul Dano and Robert DeNiro drama Being Flynn. I'm sure part of this is simply because I spend a lot of time on movie websites, but since this has also been occuring at random websites I've been on, I can only assume my consumption habits have led google ad sense to decide I am the exact target demographic for this movie.

Google Ad Sense apparently doesn't listen to my podcast or it would know how rarely I can motivate myself to actually sit through a thought provoking movie these days. I see movie in theaters that take advantage of the big screen (Promethus etc) I used to watch good movies at home in my free time, but I've spent most of the last decade watching stuff like Hardcastle and McCormick instead.

Besides all this, the main reason these ads for Being Flynn don't work at making me want to watch this movie is that they advertise the film by incorporating crappy stock images of the two actors in it, while showing that these exact same stills are also mediocre-ly photoshopped onto woefully generic looking DVD cover. 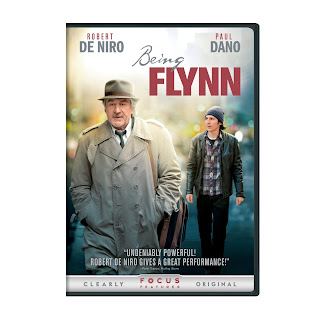 I get that having Deniro in your movie is a selling point, but there are artful ways to show your star's face front and center in the promotional art.
(The awesome poster above was drawn and designed by Drew Struzan, who I recently discovered was the illustrator behind pretty much every poster I like ever.


The thing that really bums me about the cookie cutter DVD art for Being Flynn is that it had such a fantastic theatrical poster.

To be fair, the DVD art doesn't look as bad on its own as it does in the banner ads, but when you compare it side by side with the poster are you realize the DVD art is the simplified paint-by-numbers version of the same composition (Deniro and Dano waking in new york.) 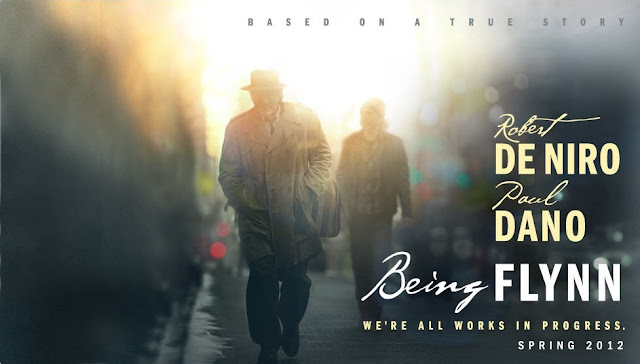 The theatrical poster is memorable and daring, and grabs the audience's attention much more than just sticking a generic photo of DeNiro on your cover and calling it a day.


For a contrasting opinion on the theatrical post, I thought I would quote the writer of Filmdrunk.com making fun of it: "Hey, camera guy, what is this, a Monet painting? Try hitting the backlight button, I can't see shit. If this picture showed up in my digital camera, I'd delete it."