"I've been in resturants all night. All I got served was lead" 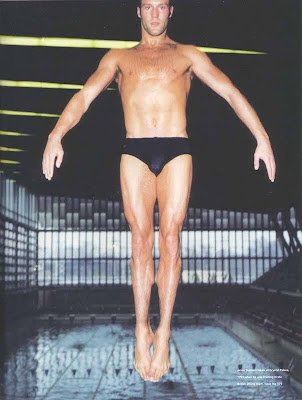 This trailer is not quite as full of badass moments as the trailer for Guy Pierce's Lockout, but what it lacks in quip-y dialogue it makes up for in Jason Statham-ness.

I firmly believe Statham proved he is an genuinely talented actor with his performances in the Crank films, though obviously he is mostly cast in movies that show off his physique rather that his acting chops.

This trailer overall is very strong. Though I'm biased since I think most of Statham's movies, even the ones that are totally by the numbers like War, are still a good time. I plan on seeing this so look for a review in an upcoming Hour of Thunder Podcast.

So, as you may have guessed Statham is the Bad Ass of the Week for this week.


Trailer via Safe's official website.
Photo is of Jason Statham on the British National dive team before he became an actor via this Ottawa Sun Article, which is awesomely titled "Jockstrap Thespians"
Posted by Danny at 7:22 AM