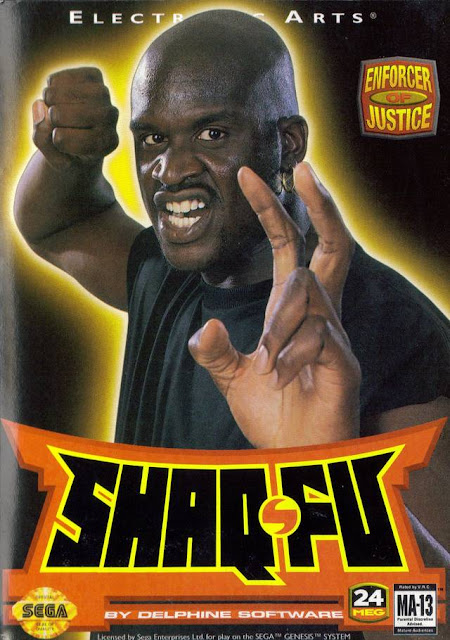 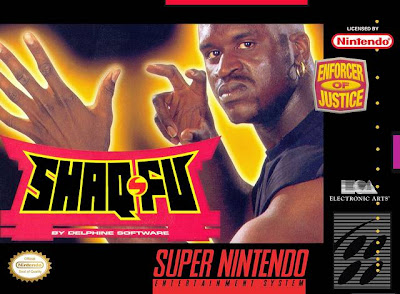 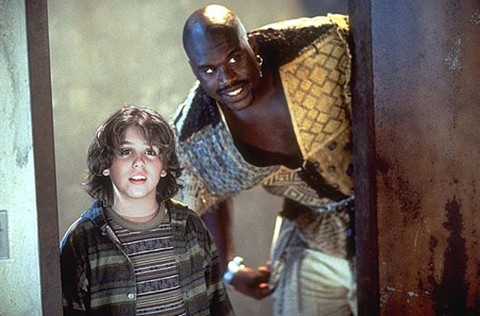 I found out since recording that the kid in Kazaam is the same actor who played Weevil on the TV show Veronica Mars (His name is Francis Capra, no relation to the 1930's director Francis Capra.)

That just blew my mind so much that I am having trouble writing this description. I think we talk about super heros, and Shaq some more. We also talk about Reese Witherspoon's hilarious run in with Georgia's State Police.

I saw a kid walking down the street in Philly with a Game Genie shirt on the other day, remember that "Game Genie" add on for Nintendo? It allowed you to start at any level, and had that awesome commercial ( http://www.youtube.com/watch?v=6xi4m2qnZaY ) Hey, game Genie, Shaq was a Genie in Kazaam, and then a video game in Shaq Fu. The game Genie would have been a much better product if it allowed you to add Shaq as Kazaam as a playable character to all your video games.

Man, Kid from Kazaam grew up to be Weevil. How crazy is that?

Hot Pockets new ad is laughibly lame, which is not surprising. What is surprising is Nestle (who apparently owns Hot Pockets now) had the audacity to put their new corporate slogan "Good Food Good Life" at the end of the Hot Pockets ad.

Go to 26 seconds into ad for the slogan. Watch the whole ad if you want to see someone inadvertently seduce a girl by eating a Hot Pocket.

Because when I think good food and the good life. I think horse meat wrapped in pastry which has to be microwaved in a paper sleeve. 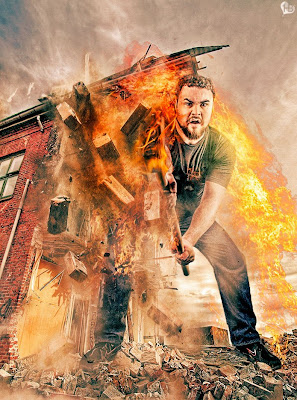 Thor's 84: "There was a Trinity War and I stabbed a guy with a trident." -Aquaman 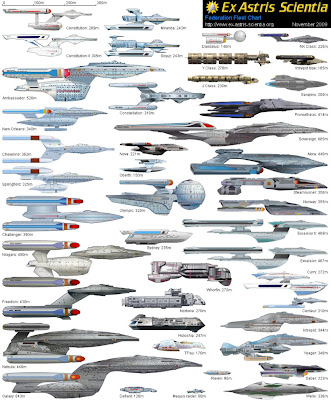 Some things we say: DC's New 52, Batwoman, Batman, Batman incorporated, league of owls, Suicide Squad, Batman: The Animated Series, Superman: The animated Series, Aquaman, Wonderman, Superman, Batman, the Flash, Justice League, Justice Society of America, golden age flash, Geoff Jones, JW Williams III, Hellboy, Mike Mignola, bureau of Paranormal Research and Defense. At the top we get into a very in depth discussion about Star Fleet vessel designations and ship classes, it is pretty glorious. The Gorn, William Shatner, Man of Steel, Sucker Punch, Lockout, Django Unchained. ALSO! Thor reviews the new movie The Host starring saoirse ronan from Hannah and based on a book by Stephanie meyer, the author of Twilight. Song at the end of this episode is "Happy" by Oingo Boingo, written for the glorious 1987 Mark Harmon film "Summer School"

2014 Winter Olympics predicted to have some amount of snow between none and way too much.

Remember the opening cerimonies to the 2010 Winter Olympics in Vancouver where it was raining the whole time?

Well Sochi, site of the 2014 Olympics had a bunch of Olympic test events back in February, and apparently it went just like that, with rain and a lack of snow delaying events and causing one delayed event to eventually take place at a different mountain.

So just to be safe, the Sochi Olympic organizers are storing 450,000 cubic goddamned meters of snow for next year.

Wow. That is a lot of snow. I wonder what kind of giant wearhouse they are gonna keep it all in to prevent it from melting over the summer?

Oh wait, it appears they must just be leaving it all under a particularly shady tree, or something, since they expect 140,000 cubic meters of the snow to melt by the time the olympics come around next winter. That is a bit less then 1/3 or all the snow.

Apparently they are bringing the snow up to the top of the mountain and storing it under what sounds like some kind of special tarp. Which sounded like an okay idea until i read the next line in the Reuters article :

"Usually, Krasnaya Polyana* has the opposite problem - too much snow and the risk of avalanches."

So expect to see Olympic snowboarding next year that is either:

*Krasnaya Polynana is the name of the ski resort in Sochi which is hosting the Olympic skiing and snowboarding events.


via Reuters
Posted by Danny at 1:27 PM No comments: