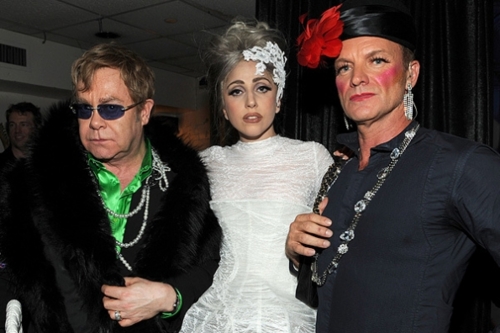 This photo of Sting looking really cool and somehow pulling off this outfit reminded me that I forgot to have a "Tough Guy Month" this year on the blog. I did this last year where I highlight Advertising featuring Charles Bronson, Clint Eastwood, and William Shatner

This month I'll still have stuff like that, and am planning on doing an article about the best and worst James Bond movie posters if I get my act together, but I always want to highlight folks like sting, who are undeniable badasses because they don't feel the need to assert themselves or their masculinity at all times. (Let us bear in mind that still is able to have sex for five hours straight). That why this year it is gonna be not "Tough Guy Month" but "Bad Ass Month" high lighting both men and women who are really damn awesome, and the ads they make better by appearing in.

That being said, I do need to be petty for a minute and point out how much hotter Sting is dressed up like a girl that GaGa dressed up like a girl. Honestly, I recognized Elton John* looking incredibly old and Sting in a dress right away, and spent the next few minutes trying to figure out which male celebrity was also in drag in the middle.

I have made fun of Lady Gaga for looking like a member of Twisted Sister before. And I hope people don't get the wrong impression. I think she is really talented. Bad Romance might literally be the coolest most cutting edge music video I have ever seen, with its ability to seamlessly combine performance art and  pop music, with rubber and latex fetish garments.  And I don't think all celebrities need to be beautiful.

But seriously, Sting is much hotter in bad drag than GaGa is on her best day.

Picture via this awesome site

*Another under the radar badass is Groucho Marx, who when he couldn't sleep used to call people up in the middle of the night and insult them.

Groucho Marx apparently met Elton John and accused him of having his name backwards, calling him "John Elton".
Posted by Danny at 1:56 AM 4 comments:

(This episode was edited by Loki, she also wrote the description. I hate doing both these parts so am very greatful to her.) 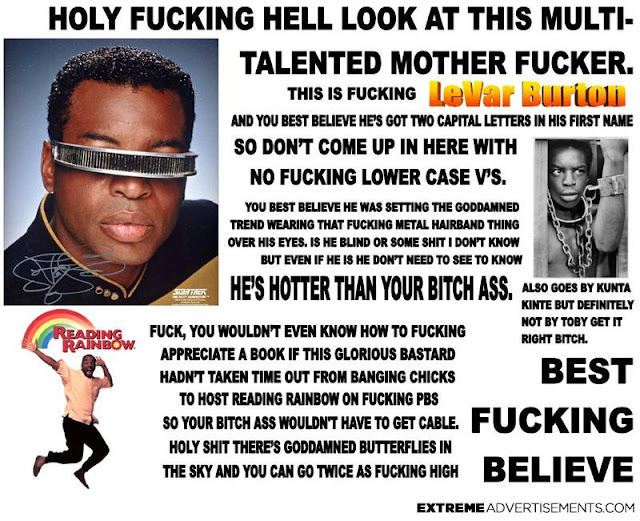 While sadly somewhere in a ditch lay Baldr during this recording, Thor, Frey(j)a, Loki, Heimdall, and chef-to-the-gods Nicole gathered on a cloud and begat Episode 55. Episode 55 in turm begat the Thunder Round - a competition to end all episodes (of this show).

Topics covered listed here with no regard to order or totality:

I wish K-Swiss made shoes I liked even a little

because they have the greatest marketing ever.

I want to marry this ad, but I still think K-Swiss makes ugly shoes.

I was gonna include these at the end of the previous post but it got a bit long.

Here are some trailers for upcoming movies that actually make me want to see the movie they are marketing, and manage to be interesting for all 2 minutes of the trailer's runtime (something with a surprising number of trailers have trouble with)

"Death of a Superhero" a new comedy/drama where the ever fantastic Andy Serkis play a Psychologist helping a boy with immense artistic talents and cancer. I'm a sucker for anything that included animation


It helps that all those movies are probably pretty good, but you don't have to have the greatest movie ever to make a good trailer, just look at  how awesome the trailer was for the mediocre "Sherlock Holmes A Game of Shadows."
Posted by Danny at 6:55 AM No comments:

I'm amazing how often tailers these days leave me with no desire to see the movie.

Sometimes this is purely because I'm not the target market, but often it is due to the tailer being shitty. Such as the trailer for the Topher Grace, Richard Gere, Martin Sheen film "The Double"which revealed the movie's big twist right in the trailer. (source) Or the twist half way through the little seen Daniel Craig thriller "Dream House" which was prominently featured in the trailer (source).

Conversely, I also see many 2 minute theatrical trailers that spend the first 2/3s of the trailer humming along just fine, but then seem to run out of anything interesting to show the viewer. The fall back in this case is a montage with inspirational music, and even if this technique doesn't fit the film's genre at all.

A recently example of this is the abysmal trailer for American Pie 4/American Reunion/Whatever, which features painful dumb sex humor for the first 2/3s and then all of a sudden the sappy music rushes in and their all all these softly lit shots like its the damn trailer for "The Notebook 2: The Gosling-ening"
For those of you who don't feel like watching the shitty trailer below let me summarize:

Dick Joke, Dick Joke, Something Nostaglic for first movie, Dick Joke, inspirational speech???? What the fuck? "None of our lives are perfect but no matter what we are going through, we will always be there for eachother".

Oh god I can hear the music swelling in the background, its time for a bunch of unearned sentimentality..."This bed is on fire with passionate love..."

I should admit at this point that although I love a lot of really dumb comedy, such as EuroTrip and all the Harold and Kumar movies, I've never been able to sit through an entire "American Pie"film. I've seen the first 30 minutes of the first one and the middle 30 of the 2nd one and found them both harmless but moronic.


(Trailers for The Double and American Reunion first seen on FilmDrunk, which is apparently the source for everything I post on this blog these days)
Posted by Danny at 6:46 AM No comments:

as filmdrunk pointed out, this is a real ad which uses/rips off the style originated by that "powerthrist" parody video, but, its awesome so I don't care. Besides those time and eric produced old spiced ads with the muscle-y guy from "The Expendables" pretty much just ripped off power thirst as well, and everyone still seems to think Tim and Eric are funny.


One of the Tim and Eric produced old spice ads:


I get on a conceptual level why Tim and Eric are funny, but everything I have seen from them, included the  above ad seems like it puts being weird as a priority over actually being funny or entertaining, so I have to admit that unlike the rest of the internet, I'm not a fan of their style of humor. Though I'm glad we live in a world were adult swim allows comedians with a really niche style of humor to have shows.

(Tim and Eric video and idea that they were similar to "power thirst"was apparently planted in my head months back via WarmingGlow.
Posted by Danny at 6:45 AM No comments: 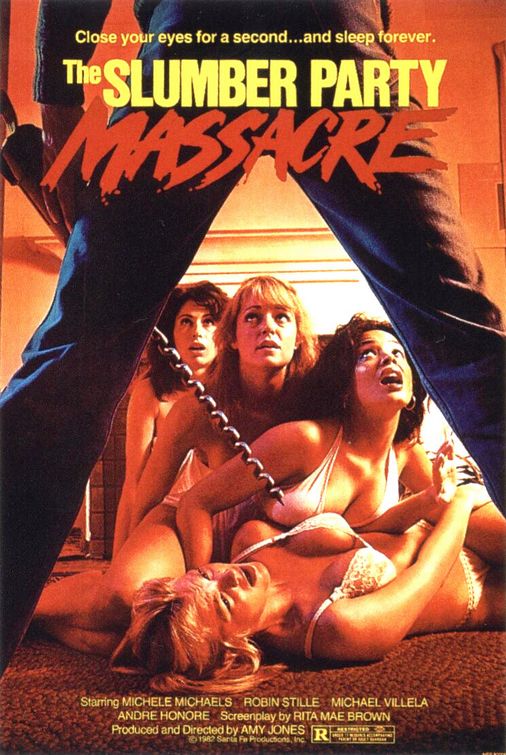 Here is the trailer for a new indie film called "The FP":

The FP - Trailer from Trost Bros. on Vimeo.

The website FilmDrunk.com has had a hard-on for this movie for like a thousand years now, but I just finally watched the trailer now. When I heard "comedy about Dance Dance Revolution competitions" I couldn't have been less interested, but I finally gave the trailer a shot because of filmdrunk quoting from this review from the SF chronicle: “I thought I was watching the worst movie I’ve ever seen. But no. ‘The FP’ is deadpan hilarious, a shameless satire of every teen gang, future-shock dystopian nightmare movie"

The Trailer starts to lose my interest around the two minute mark, bust does a good job of explaining what the film is about and capturing the tone of the comedy in it. (I say based on having not seen the film though, so I guess it could actually be a political thriller for all I know. So I guess I really mean the trailer gets a specific atmosphere and tone across very precisely.)

Basically if you want to see a bunch of people dressed like rejects from The Warriors/Blade Runner acting fucking ridiculous, this is most likely the film for you.

Thor's 53: Nightmares in Claudio Fragasso's Brain
The extended Pantheon watch the terrible film Troll 2 and make fun of it.

After a few minutes of introduction and tom foolery we tell you the exact point to start playing Troll 2 on netflix streaming so that you can watch it along with us.

we also invite the Troll 2 drinking game and give the rules before we start the movie, so you can not only watch along with us but also drink along with us.

the gods this week are: Thor, Baldr, Loki, Frayja, Hiemdale and the NEW Hell, (who is ready to trow down against the original Hell from episode 37.)

watch this music video I made 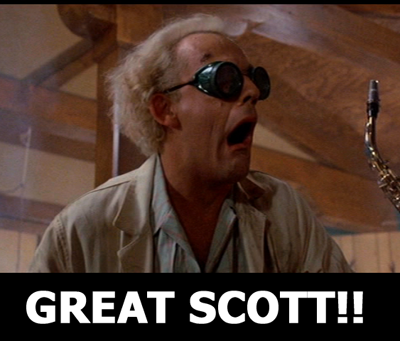 visit their official site here.
Posted by Danny at 3:55 PM No comments: