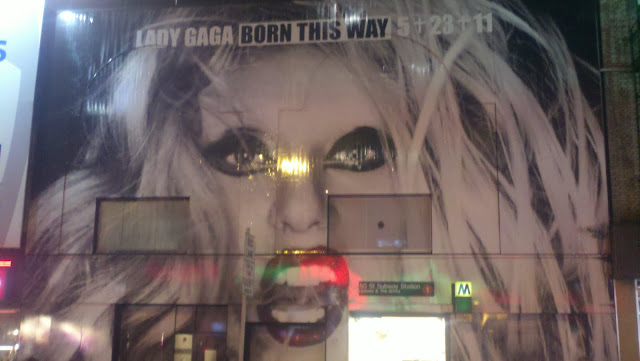 Nice to see the lead singer of Twisted Sister getting work again. Here he is inexplicably on a billboard promoting the new Lady GaGa album 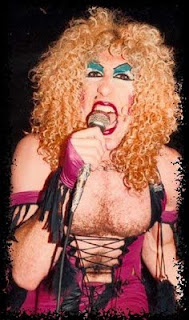 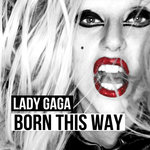 Looking at them side by side, I honestly think GaGa's make-up is based on Snyder's, and her teeth definitely are. Actually, Madonna + Twisted Sister + Cyndi Lauper, may be GaGa's entire secret formula to success.

P.S. Though "We're Not Gonna Take it" is about a million times catchier and more fun of a song, I have to say I like the music video for "I want to rock" better purely from a music video standpoint. Especially since it ends with Flounder from Animal House.

And the video for "We're Not Gonna Take It" since that song is already stuck in your head from me mentioning it before.