Ken Hitchcock was the coach of the Philadelphia Flyers from 2002 until eight games into the 2006-2007 season, when his ass was fired.*

Approximately thirty seconds before he was fired, this ad started airing late nights on some of the shittier basic cable channels in Philadelphia:

I was at school there at the time and even before Hitchcock got fired, I thought this was the greatest ad ever.

Its not as funny in the youtube version as it was on T.V., since it is grainy and hard to see, but watch the ad again and look at the expression and body language of the jeweler to Hitchcock's left at the begining of the ad, and that same man when he is standing in the center behind Hitchcock at the end of the ad.

That man is the most awkward man alive.

Sir, I understand that you clearly were nervous about being on camera, and I find it endearing and sympathetic that you chose to deal with this fear by standing rigid while displaying a closed mouth smile that doesn't look like something a human mouth should be capable of, but that still doesn't mean I don't find you hilarious.

Seriously, this guy looks like he was drawn by Chuck Jones for Dr. Seuss's How the Grinch Stood Around  Looking Awkward As Fuck. 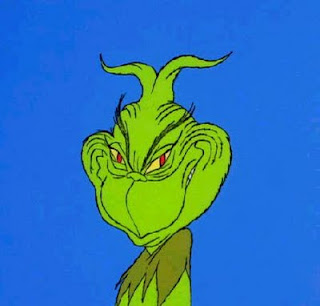 Footnote(s):
*For the record, I am not a Flyers fan, but am a fan of Ken Hitchcock, he was one of the folks who got the NHL to start doing 4 on 4 overtime. (He actually did a camp which experimented with 3 on 3 overtime, which I think they should add to the NHL this year, it makes more sense then going to a goddamned shootout.)

I like Hitchcock because he seems like a consistent, hardworking coach who has been used as the scapegoat and fired from 3 different underperforming teams. (Stars, Flyers, Blue Jackets. Yes he was fired from the fucking Blue Jackets, despite them being one of the worst teams in the league and Hitchcock somehow coaching them to their only playoff appearance ever in his short tenure there.)

Anyway, what I'm trying to say is: The Flyers will always be my cartoon villains in hockey.**

This footnote is about to be longer than the body of blog entry, and is not at all advertising related. So I will end it with my proposal for a hockey related Dentyne ad:

This is also my attempt to do something non-idiotic with the new Dentyne slogan "practice safe breath" which is a cute slogan but has been used only in painfully obvious ways in commercials so far. Like this gem:

It is funny, you see, because it is like he is looking for condoms. Exactly like he is looking for condoms, without any jokes in it.  Just a condom search played out but with a different item in mind. Jesus Christ, someone actually got paid to write this idea down. I assume the whole script for this was a piece of toilet paper with the phrase: "This Gum is like condoms!" Sharpied onto it.

Dentyne, if you are gonna have a slogan equating gum to sex, a good start would probably be to put something even mildly sexy in your ads. Here's my idea:


Dentyne
Even during a riot it pays to practice safe breath 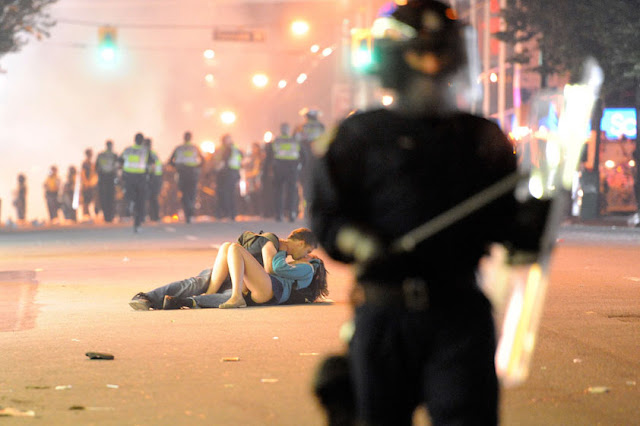 Footnote(s) about Footnote(s):
**My main villains are The Flyers and Sean Avery. Avery, who on the ice behaves like Snidley Whiplash on purpose, but then off the ice does classy stuff like appearing in Albany in support of gay marriage. Though off the ice he also insults other players and their wives.

In terms of why I dislike the Flyers, no reason having to do with the current roster, they just are rivals of the Penguins, Capitals, and Devils, all of whom are teams I root for. In my defense, its not just I who think of Flyers as perennial assholes. The Flyers were such dicks in the 70's that the uniforms for the team full of convicted felons Paul Newman plays against at the end of Slap Shot were designed to look like the Flyers uniforms. (See Exhibit A, below).

Rocco seems very perturbed by this accusation. Or perhaps his expression is based on him having a precognitive revelation about what an incredible piece of shit Boodock Saints II: All Saint Day would turn out to be.