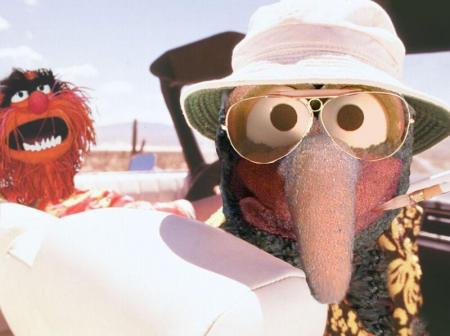 This week Thor, Baldr, Loki, and Frayja are all together in the same room discussing the new Muppet movie. We are joined by pantheon member Heil via skype. Heil was on Thor's Hour back in its college radio days, she makes her podcast debut in this episode.

Roger Corman is still the man

Producer/Director of the best american B-movies, Roger Corman produced a made for Sci Fi channel film called Sharktopus in 2010. I never saw the film, nor had really heard of it, despite my love of bad horror films till playing for an inner tube water polo team called Shartopus over the summer of 2011. I finally watched the trailer. And you really need to watch it too:
Replace the word "show" with "trailer" in this clip from "Community" for my reaction to Sharktopus:
Posted by Danny at 10:27 PM No comments:

Thor's 34: Doctor Who Special Part 2: Stetsons Are Cool
RSS Feed and iTunes subscription link available on the official site here.
The stirring conclusion to the round table discussion of Doctor Who. Thor, Baldr, Hiemdale, and Loki are all here for this one. Frayja unfortunately could not make it. (Oh and a digital shout out to our tech expert Hogan who is still part of the pantheon, but wasn't in either of these episodes.) 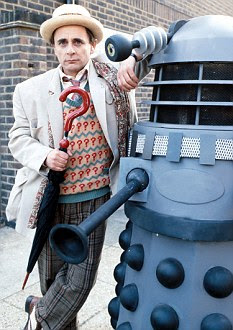 The episode of Hour of Thunder with the "Stetsons are cool" photo as the image for it is Episode 15: Leprechaun In Space. Download it to relive the magic of Thor and Baldr dicussing the 6th season of Doctor Who when it had first started airing episodes back in May.

Things we talk about:

This* was apparently a promo for something called "Fantastic Fest" which took place in October in Austin Texas. I don't know anything about it, but if it involves Elijah Wood being awesome, it is just an other reason for me to ad to the many many why I clearly need to visit Austin.

There are more details about what actually happened between Wood and Dominic Monaghan at Fantastic Fest (it was apparently a debate about World of Warcraft) in this serious newspaper article. But I prefer this video completely out of context. Or perhaps as a trailer for The Hobbit.

Seriously, think about how awesome that would be. You are sitting in a theater and during the trailers this footage plays followed by the title card, "Peter Jackson's The Hobbit see it or Elijah is comin' for you."

Also: if any gym hires Elijah Wood as their spokesman, I will buy a life time membership to it, even if that gym is in another state**


Other things you can watch involving these two actors if you are in a  "watch things***" mood right now:
Wood was funny and charming on Colbert this week:

Dominic Monaghan was so good in the "Love The Way You Lie" video I didn't realize it was him tell I read an interview with him about it (I mean he acted like a prick instead of being cute and smiley):


Footnote(s):
* Thanks to Andrea for making me aware of this clip

**think of how much exercise I would get running to a gym several states away to excersize. It would be the Forest Gump workout.

*** As opposed to a "Runnin' Things" mood, as Creamed Corn is in this clip:

(sorry its someone recording a video off the internet with their cell phone camera, but all other versions of this clip were removed from youtube for copyright, this one is so shitty it slipped by.) (besides audio was fine, and that is what is really important for this clip.)
Posted by Danny at 10:16 PM No comments: 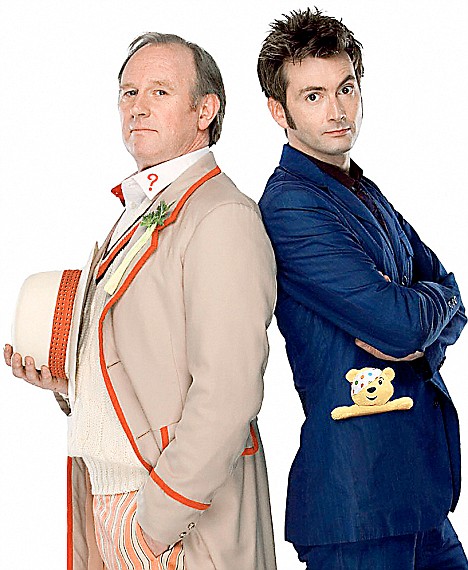 Thor and Baldr are joined by Freyja, Heimdale, and new member Loki for a look at all things doctor who. From the first episode "An Unearthly Child" back in November 23, 1963 to last month's 2011 season finale "The Wedding of River Song." We look at all 11 doctors, with a focus though focus on 2005 series.

This movie has too many first names.

I read way to much about movies and TV, so I occasionally will go to an indie cinema when I have a few hours to kill and see the next movie playing that i have heard the least about.

Today, I got to have the rare privilege, of going into a movie knowing absolutely nothing about it. Having not even seen the poster. I had only about 3 hours to kill before a meeting, which happened to be taking place right near an independent film theater which I had been to before and really dug. So I walked in, and saw the only movie which was going to end before I had to leave the theater to go to my meeting. Consequently this meant i missed the first 15 minutes or so of the film, but i actaully dig this, since i love mystery films and it allows me to solve the mystery of "What the hell is going on." I think I enjoyed Godford park alot more by arriving in the theater when I saw it right as the last guest to arrive was being introduced instead of the first, since it meant I had to understand the characters through their interactions instead of the initial introductions.

The movie I saw today was the confusingly titled "Martha Marcy May Marlene." The only person I even vaguely recognized in the cast was This Guy who I guess I saw in the film Identity with John Cusack. Though I think he might just look familiar because he looks either like a really creepy really gaunt version of Lyle Lovett, or a thinner version, less "I look like i'm a cocky prick" looking version of Sean Penn.

It was really well done and held my interest, though I didn't think it had a lot to say other then "abusive sex cults are bad."

Since I now get to watch the trailer after seeing the film lets take a look as seen what I think of it having already consumed the film:

Good trailer. I forgot about them singing that song in the film, it was used to great effect in the trailer.

The last shot of the trailer (her looking around in the back of the car) is from near the end of the film, and I really admire how they are able to use it to generate suspense without giving away the plot point that happens round around the time of that shot.*

Oh and the main chick in the film is apparently related to the Olsen twins, and looks just like them in all the photos of her on imdb. I didn't recognize her face as looking "Olsen-ey" in the film. I thought the cast did a good job, including the Olsenette.

*message me if you want to know what it is that happens around that car back seat shot in the trailer, I don't way to give anything away, since folks should support independent film by seeing it in theaters.

Podcast episode either 35 or 0

Thor's 35 or 0: Banana Hammock: prequel to the hour of thunder (recorded for Halloween 2006) 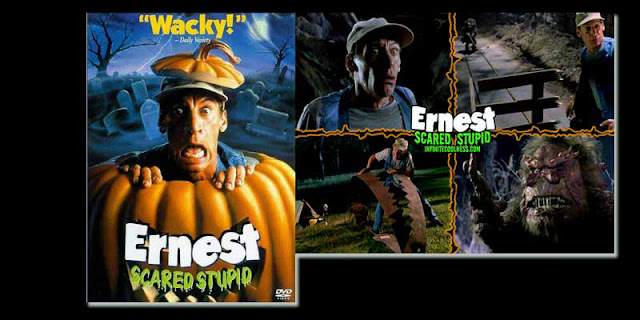 In the tradition of the early 90's TV special "Disney's Halloween Treat" we have never before heard material for you in honor of Halloween, but it is actually very old material. You are about to be an audio witness to an old of "Thor's Hour of Thunder" from October 26th, 2006, back when Balder and I had a college radio show.

This episode is labeled 35 because we have 33 and 34 recorded which are both part of the epic two part, super sized, extra tasty crispy, Doctor Who Special, but those need to be edited and will be on uploaded for next week.

A bit of helpful background: We were axed from our college's tiny online radio station for "being too awesome" in 2005, so this episode from October 2006 is our triumphant return. Hense out talk at the beginning where I say "we are back!." In 2006 we were a talk and music formatted show, so we talk a bunch about the usual geeky shit we still talk about today, but also play lots of classic rock and early 2000's indie/alternative. Back then I also had even less of an idea of how to work a sound board, so sorry for any errors that occur.

One final disclaimer: the station at our college was online only, and would sometimes throw in random delays for a few seconds, since this is an unedited "off air" mp3, those gaps in the audio still exist. Sorry for them, but I promise you don't miss anything, the school's system just put these delays in because it sucks, but it goes right back to the same spot on the show.

All the disclaimers about the quality out of the way (and lets be honest here quality is not what your expect when you turn into the Hour of Thunder), you are about to hear 2 hours of me and Baldr from 5 years ago, so be prepared to marvel at how little we have matured in the intervening years.

Things that happen in this episode: