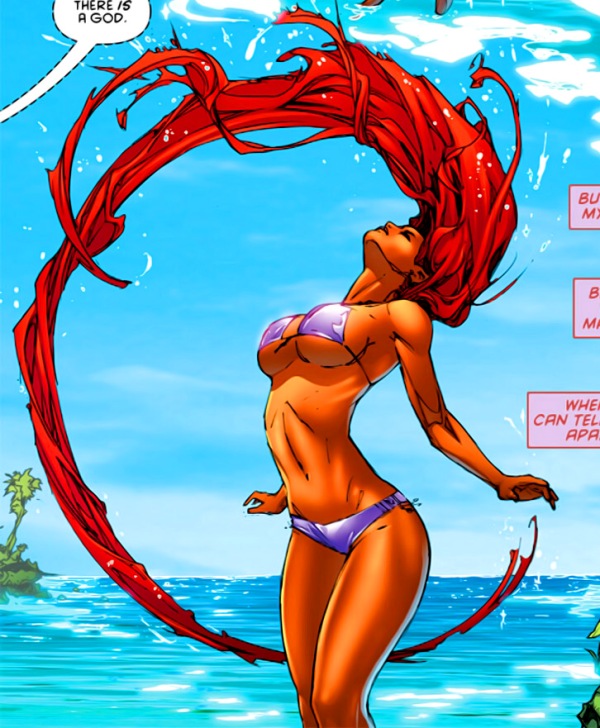 Email ThisBlogThis!Share to TwitterShare to FacebookShare to Pinterest
Labels: Doctor Who, The Doctor's Wife, The Secret Circle, The Shadow, Ultimate Spider-man

This happens in the netflix provided closed captions at 40 minutes and 28 seconds into the 90 minute pilot episode of Star Trek: The Next Generation on Netflix Streaming. 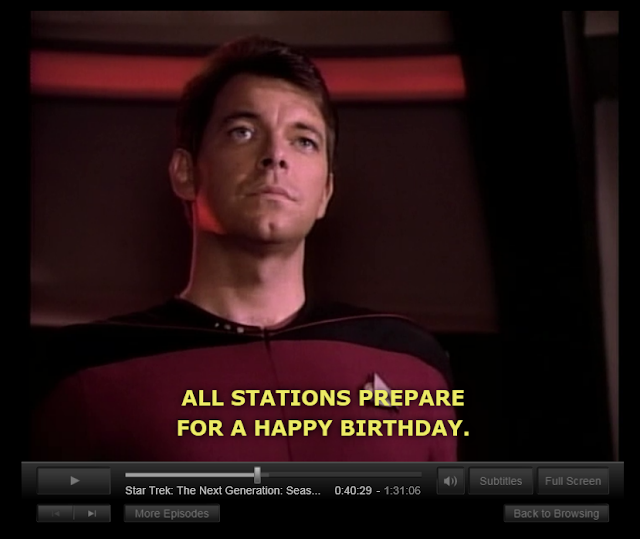 The actual line is "All Stations prepare for reconnection"

If anyone has any idea why or how this happens on the captions let me know. But please don't tell netflix because I am worried they will get rid of it if they know.
Posted by Danny at 10:44 PM No comments:

This commercial is cute.


I dig the roller skates song in the background, and unlike 90 percent of the clever commercials out there currently, this actually explains what the product does in a clever way, and does a good job of causing you to remember the HP brand name.

And did i mention it has a cute smiling baby?
Posted by Danny at 11:21 AM No comments:

a much better version of the Avengers trailer

I thought the trailer for Joss Whedon's avengers was pretty bitchin'*, I have never disliked anything I've seen that Whedon's done, and I've liked all the Marvel in house produced comic book films so far. Even the Ed Norton Hulk that everyone on earth who was not me seemed indifferent to.

But this movie would have been 1000 times better if they let these guys build all the props and do all the special effects for it:


The guys who created this video described it as "sweded"in the title, and after trying to remember what this means for far to long, I remembered working at Hollywood Video when video stores existed and us playing "Be Kind Rewind" on the in store TVs for something like three weeks straight.

If you don't remember that movie, it starred the hilarious and talented Dante Terrell Smith, after he started going by Mos Def, but before he started going by Yasiin Bey**, and co-starred Jack Black after he was in  the disappointing Tenacious D in The Pick of Destiny but before he was in the inexplicably existent big budget fart joke adaptation of Gulliver's Travels. Rewind a fun little film. Well made and light and sweet from what I remember.

The plot revolves around Jack Black and Yasiin Bey remaking all the movies in their video store using cheap hand made props after Black demagnetizes all the tapes in the store, they call this "sweding" in the film, which is why it is used to describe this Avengers parody. I may be the only person on the internet who didn't know that off the top of my head, so sorry for the long explanation if you already knew the term.

Be Kind Rewind was directed by Michele Gondry, and while I think his Eternal Sunshine of the Spotless Mind is a much "better" movie, this one seems to be the most true to Gondry's vision and aesthetic. Wow, that got all serious and analytical. I can't end the body of this post on something non-silly. So here is a video of a dude who like Gondry has an awesome and adorable french accent, and like Gondry is involved in making movies, but unlike Gondry he was only ever in one movie, but it was the greatest sports movie ever made:

I would link or embed the real trailer here but I'm pretty sure every human being on earth has already seen that trailer. Even if you don't own a computer or TV, I think Marvel sent Mark Ruffalo to your house to describe the whole thing to you while making this face:

** I just discovered Mos Def's legal name is Dante Terrell Smith which is a totally awesome name all by itself. I would complain about Mos Def being on his second stage name when Dante Terrell is so awesome it sounds like the name of a character in Die Hard, but I publish a podcast where I call myself "Thor The God of Thunder" so I'm really not one to talk.

Besides, Mos Def is awesome and can do whatever he wants. He is one of those guys who is so effortlessly cool like RZA or Steve McQueen. Most Def was the best part of the Hitchiker's Guide to the Galaxy Movie, which had great performances from Sam Rockwell and Alan Rickman so you know I must have really dug him to put him above two of my favorite actors.

As long as I am going on about Mos Def? Did anyone see his film 16 Blocks? That film came on cable one night when I was home visiting my folks a few years back and me and my dad watched it. That is a startlingly well made movie, when we turned it on we figured it was just gonna be another one of Bruce Willis's many direct to video level cop films, but the script has some surprises and Mos Def, yet again is the best part.

I should probably stop having posts where the footnotes are not funny and nine times longer than the actual article.

Since I mentioned RZA and will use any excuse to post this awesome clip of him hanging out with Craig Ferguson's mom, here is said clip:

So I was reading Regina Spektor's facebook posts, (which are super awesome and informed if you are looking for information on many things as described by an adorable Russian Musician), and she put up that fantastic Apple "Think Different" ad as a tribute to steve jobs back when he died two weeks ago.

I had kinda forgotten how fantastic those ads were and it reminded me of how excited I was as a kid when apple convinced Jobs to come back to Apple from pixar and save the company. I remember doing a report on him leaving the company in 4th grade. And also remember how amazing and cool I thought the tiny fast Power Mac G4 Cube was when it was first publicized in 1999, and that I had the fold out advertisement for it from Newsweek up on my wall for all of high school. The ad just had a photo of the computer with its flat monitor and sexy round speakers with the only text reading, "The Power Mac G4 Cube. Actual Size" followed by the Apple logo. And how I thought apple's minimalist advertising was the slickest shit ever. I am now also remembering that I have always been a huge dork.

Jobs had been sick for so long his death didn't really impact me when I first heard about it. I mean, I obviously felt bad for the guy, but this had been eminent for almost three years now, so I guess my brain was somehow more prepared for the initial news that say, Hunter S. Thompson's suicide or Mitch Hedberg's "heart attack."*

I didn't really fully remember by childhood fondness for jobs and his genius and his awesome hair until I was catching up on Colbert episodes last week and saw the eulogy that Stephen Colbert did for Jobs. It starts out respectful but comic, and then the last 50 seconds slowly turn into something that would have made me cry if I was the kind of man who admitted that things make him cry.

Footnote(s):
*The autopsy was never made public at the request of his family, but it has been assumed to be a heroin overdose.
Posted by Danny at 3:53 AM No comments:

If you listened to Episode number something* of Thor's Hour of Thunder, you will know I really like the weird/trippy/awesome/hardcore/romance film called "Bellflower" and the director/writer/star of it, Evan Glodell, appeared in a fun 5 second film from the website 5 Second Films:

Thor's 31: Lois Lane punches a chick in the face!
On the menu today:

We have more insight from extended pantheon member Heimdale 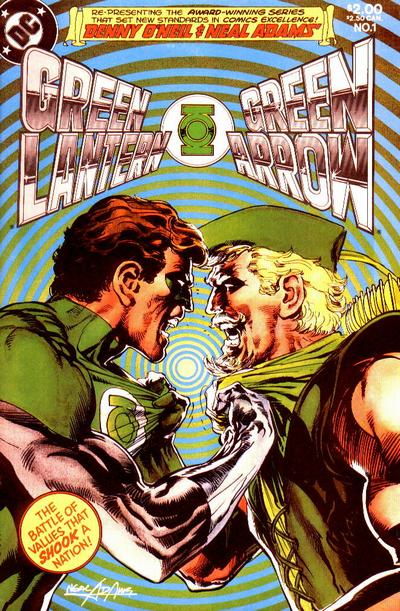 
God Bless Jason Segal for writing something awesome for the muppets to do again, and for making disney hire back all the original muppet puppet performers they had fired.


and for fart shoes.


As tiny tim said:
God Bless us. Everyone.

via filmdrunk.com
Posted by Danny at 12:18 PM No comments:

Now that all the first issues in the D.C. comic "new 52" full universe relaunch have been rolled out, Thor and Baldr welcome new contributing norse god Heimdall to discuss his opinions on all the major issues #1s. Heimdall will be back occasionally as our Comics Expert, the way Hogan is our Text Expect and Freyja is our Being a Female Expert/Harry Potter Expert. 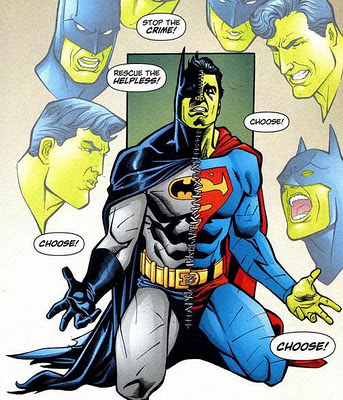 Questions? Comments? Anger? Send it all to: hourofthunder(at symbol)gmail.com and we will read it on the air (unless you ask us not to). (at symbol not used above to prevent spam

Thor, Thor's dog, (which doesn't exist, I was thinking of Lockjaw and the Pet Avengers. Which has a frog that is Thor, called Throg: the Frog of Thunder, which is actually somehow even stupider that which I thought, which was that Lockjaw was a norse god dog. http://en.wikipedia.org/wiki/Lockjaw_and_the_Pet_Avengers This four issue mini series sounds to stupid that I may have to read it. )

Theme song played by grimmolehill747 check out the full version of that song and him playing other songs over at: http://youtu.be/lk5djS6LA_M

I will never be done talking about GroupOn's Super Bowl Ad apparently.

The GroupOn SuperBowl ad starring Timothy Hutton, is something I have already addressed a before. Here is the original audio of my opinion which I posted the week after the Super Bowl: (sorry it is clippy as shit, I hadn't figured out how to use my computer's microphone yet.)


I just wanted to update it with a recent joke about the incident which someone made in the format of the "Helpful Tyler Durden" Meme: 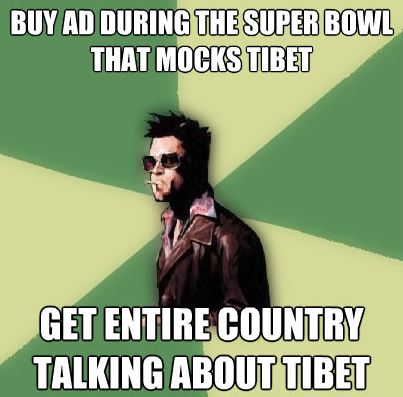 While I still think GroupOn's ad was not an effective way to advertise GroupOn (and GroupOn agreed and dropped the agency). I like the Durden meme above's idea of it being some type of subversive way to get GroupOn to pay for an ad that was terrible for their own business but great for world peace.
Oh! And this version of that same meme is just downright charming:

I apparently have some pretty Norman Bates like ideas of what "charming behavior" is.
Via Uproxx
Posted by Danny at 5:30 PM No comments:

The two best things in visual music of the year.

I really love the Kia Soul ad which has their anamorphic hamster mascots dance to party rock anthem.

Char over at Because A Fire  first made me aware of this ad a few weeks ago. and if you have read this blog before, or listened to the Hour of Thunder Podcast you may be aware that I:
1. Love cars
2. have loved Kia since their ridiculous almost anarchic early 90's ads
3. Think the Kia soul is finally a car from Kia as cool as their ads.
4. Own hamsters because someone abandon them over night in the mailroom of my old apartment. (My friend Allison coined the term "Dumpster Hamsters" after the dumpster baby episode of Always Sunny.*
5. Think LMFAO is an awesome bad with music videos that are somehow even more fun than their music.

This video somehow combines everything in the above list into one minute of pure awesome:

File this one under "commercials which where clearly written to market a product specifically at me."


The other best thing to happen this year involving music being played over video footage, was They Might Be Giants music video for "Can't Keep Johnny Down" which was 3 minutes of Rip Torn bear knuckle boxing:

*I named the largest of the hamster "Richard Hamster" in honor of Richard Hammond, the sexiest and shortest host of Top Gear.