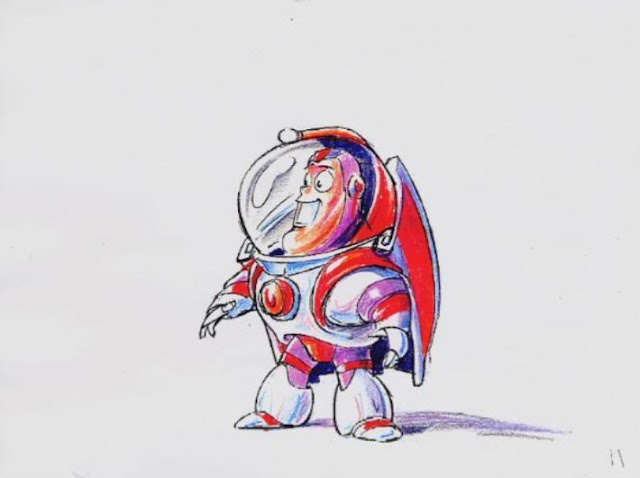 Thor, Vidar, Gmot, and Tyr discus each and every pixar movie in order. This episode is Ratatouille to the Brave, and beyond with discussions of upcoming releases Monsters University, and Finding Nemo 2. (covering years 2007 to 2016).

this week's cover photo drawn by Pixar Artist, Genius, and the narrator of the Short "Boundin'" Bud Luckey via: http://satellitesoda.com/phpBB3/viewtopic.php?f=14&t=26&start=105
Posted by Danny at 1:26 PM No comments:

Since I bashed 1800 Tequila's ads where they complain about Patron in my previous post, I thought I should be fair and point on that this one ad from the same series is simple, effective and quite funny:

This one doesn't spend the whole time making fun of Patron, and does the best job of making 1800 seem cool. It reminds me of the of clever, minimalist Ketel One prints ads I dig so much from the late 90's early 2000's
Posted by Danny at 7:46 AM No comments:

Williem Defoe is amazing at everything he does.

Between this and the amazing ad/ short film for Jim Beam also Starring Williem Defoe, Defoe is gradually becoming the star of every single epic commercials of the 2010's

This one has great styling and pacing, and a really funny tone.

Sure the punchline to this is pretty obvious from the get go. Mercedes is not gonna have an ad end with someone making a deal with the devil to buy one of their cars. But it doesn't matter, both your and the commercial now how it is going to end, so its about the ride not the twist.

I often am put off by ads which so clearly pander to a younger demographic from brands which appeal to older customers. But this one totally works. It is clever enough and well shot enough, and most importantly has a sense of humor about it self. The sense of humor here really is key. It is what makes this and fun in contrast to the unearned pretension that is off-putting in this Ketel One ad targeted at  the same demographic.

1800 Tequila had ads starring Michael Imperioli also tried to make a product with an older male customer base seem hip,  but where as the Ketel One ad comes across as to self-serious, These 1800 ads came across as too aggressive and angry. All of them involved Imperioli (The Sopranos), basically trying to pick a fight with a bottle of Patron. I personally agree that Patron is over priced and tends to be drunk by people who are impressed by its fantastic bottle design and clever marketing, rather than by its taste, but these ads make 1800 Tequila look weak by positioning themselves not as a strong product in and of themselves but as a company with a huge chip on its shoulder about its competitors.

The Mercedes ad works where Ketel One and 1800 fail.  Mercedes makes their product come across as awesome, but in a much more playful and endearing way then the brute force message put forth by Ketel One's Bros who are so cool they get to enter the club via the back door, or 1800's Imperioli verbally abusing a bottle.

The guy they cast in the Mercedes ad is just handsome and charming enough to work as the lead, but is everyman-ish enough that you believe he would be surprised and confused when Kate Upon wants to be photographed with him, and consequently you root for him instead of winding up thinking he is a douchebag.

Foundation for a better life has some clever and positive billboards. I decided to feature this one after the google homepage informed me it is Jackie Robinson's birthday today 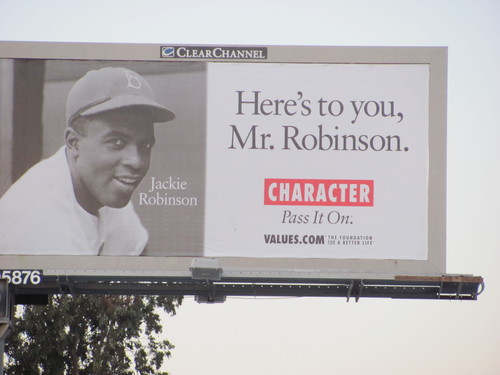 Thor, Vidar, Gmot, and new god Tyr discus each and every pixar movie in order. along with the new Cars Land at Disney California. This episode coToy Story to Cars. (

this week's cover image via http://www.cartoonbrew.com/pixar/pixars-the-avengers-63052.html
Posted by Danny at 2:26 PM No comments: