How to correctly pander to dudes

This Clear Men dandruff shampoo ad features hot women wearing little clothing, which I often find too on the nose and insulting to be effective in ads such as those for Ax body spray and last summer's Miller Ads with Bikini clad life guards. It features a suave dude looking cool in a suit, which often comes across like Kettle One's TV ads were the message is so obviously, "You will be cool as this mother fucker if you use our product". Ketel One's print ads from the 90's however, were genius in there minimalism. 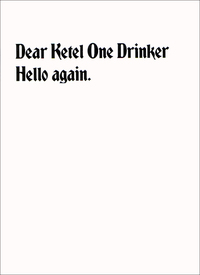 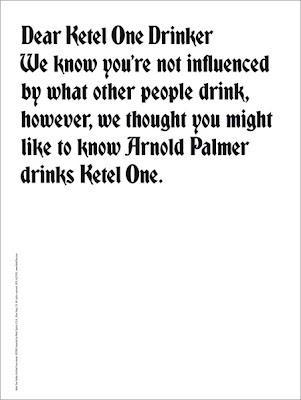 The point of all this is, it is really hard to sell the image of classy and sexy effectively to men without it seeming forced and phoney. The two examples of "products" I can think of they do this best are  James Bond Films and Dos Equis's "Most Interesting Man in the World" Ads.

The Clean Men shampoo ad isn't in the same league as Bond or Jonathan Goldsmith* but they did a go much better job at making there product seem cool and classy than any other ad I see aimed at the Males age 25 to 36 demographic. This ad isn't the best I've seen this year but is clever and fun.

*
Goldsmith, the may who plays the Dos Equis guy is an America actor best know before those ads for being on pretty much every show on TV in the 70's His actually speaking voice is really cool but sounds nothing like the voice he uses for the Most Interesting Man character. According to wiki the voice of the character is based on his long time friend, deceased actor Fernando Álvaro Lamas (father of Lorenzo Lamas.)

Here is a video of Goldsmith using his normal speaking voice in an interview where he promotes a charity that helps tigers. (Yes even in real life he apparently pales around with live man eating tigers).