The Strictly Commercial Award winner for best ad of 1963 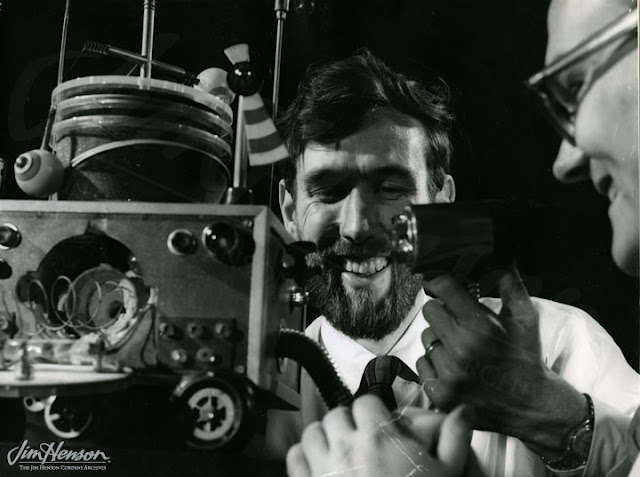 Before Jim Henson was able to tell stories with his muppets on "Sesame Street" and "The Muppet Show" he paid the bills by making advertisements and industrial videos. His ads for Wilkins Coffee are relatively well known, and mostly feature a muppet who doesn't like Wilkins Coffee getting injured by a Kermit-esque muppet Really:


However I had never seen any of Henson's video he had made for major companies. Sometimes these were produced for internal marketing, sometimes he was making instructional videos.

This one below is surprisingly hip considering it was for a meeting of Bell Telelphone owners:

I love the design of the robot and my favorite line is "Correction. (blows up a butterfly) The Machine. Does not have a soul. It has no bothersome emotions."


(Photo at top is of what appears to be that same robot puppet being fixed by Jim Henson and Henson's longtime head writer Jerrry Juhl while guest on the Jack Paar's talk show.

Photo via Jim Henson Company clip via filmdrunk.)
Posted by Danny at 4:37 AM