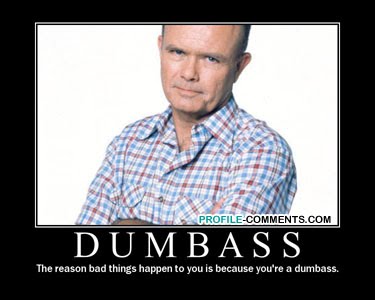 According to all these sites. The entire GroupOn ad campaign  I discussed earlier in this week has been canceled and all ads pulled from the air.

This seems like major overkill, especially considering that announced the ads would end with a title screen that included the web address of their charity arm.

As I said before, they are well produced ads in that I genuinely thought the first one was for a charity at first, but were absolutely terribly written ads. In that they didn't get across message that groupon says they were going for, and instead came off as cynical and mean spirited. I am surprised they are cancel it instead of just changing the ads to focus in a more genuine mannor on the charities  groupon is involved with. I guess they are worried the campaign is already too tainted from the initial ad being seen by over 100 million people.

Chicago Business news, says that they think groupon still benifeted from the surrounding controversy in a well written article.

Besides what I addressed in my previous post about the ads just not making people want to use the website at all. Even if those ads had gotten the duel points across that groupon states they were ineptly trying to express (those of using groupon and also donating to their charities they support), I still don't think this format they were using would have work for a whole ad campaign. The whole joke is that they are able to make you think it is a real celebrity driven charity ad, and this gag only works once, especially with the other ads GroupOn made being so close to the format of the Tim Hutton ad.

When the Elizabeth Hurely ad from groupon with the exact same twist came on later that night, as soon as they started showing footage of the rain forest, I'm sure most people guessed it was going to be another groupon ad. I can imagine those ads would have worn out their welcome pretty quickly once you saw what was coming.

So they diffenately were not badly intentioned, they were terribly exicuted, and I think they would have fallen flat as a multiweek campaign anyway.

At least Elizabeth Hurley got her most exposure since Austin Power came out 13 years ago. Hopefully the two pronged positive results of all this will be:
1. People donating more to help the things groupon made fun of in their ads
2. Elizbeth Hurley being in movies again.

I mean, not that Hurley is a great cinamatic talent, but I as a rule root for the success for Mike Myer's love interests in his few really good films. I'm still hoping Hurley and Wayne's World star Tia Carrere will someday be allowed to be another decent movie. At least Carrere got to play an awesome role in True Lies, Hurley's memorable career moments consist of being really funny in Austin Powers and being the girl whom Hugh Grant cheated on with a prostitute.