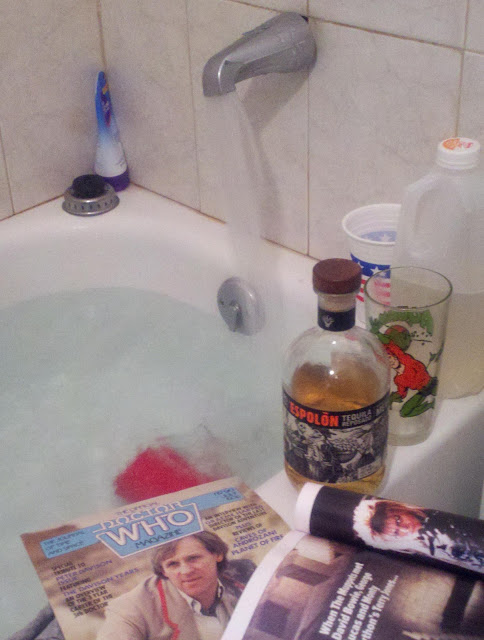 Thor, Balder, Loki, Frayja and Njord talk the new TinTin movie, including how it compares to the orginal comics, the animated TV shows and "Rin Tin Tin: canine cop".

We also talk: War Horse, debate the merits of motion capture, the academy award buzz for Andy Serkis in "Raise of the Planet of the Apes", debate whether or not James Franco is a fucking asshole (See if you can guess which side Thor, who writes these summaries falls on.)

Also for a change we actually discuss norse mythology at the beginning of the episode.

Along with: the upcoming Avergers movie, if Digital 3D is a fad and the fact that Thor's personal favorite incarnation of Thor is the marvel comic run written and drawn by Walter Simonson.

Also I think esperanto, William Shatner and the daily show comes up at one point.

Photo is of the recording studio where Thor summoned the thunder this week. This episode powered by Espolon Tequila. (pictured)