Thor's 47: How to cook the Food of the Gods (biscuits)
official site still waiting to rock your ass at HourOfThunder.podomatic.com 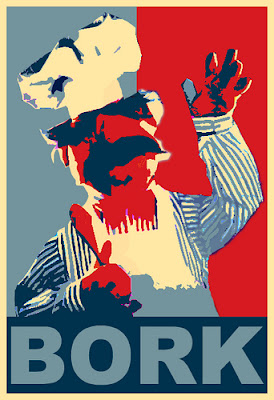 http://nakforcooking.blogspot.com is the web address where you can find more from our awesome special guest chef Nicole. On tonight's episode Nicole teaches Thor, Baldr, and Loki how to make buttermilk biscuits and how to make butter, both from scratch. It gets pretty epic. Learn more about how to cook things at Nicole's aforementioned awesome website: http://nakforcooking.blogspot.com

( Also file under: Volume 1: Episode 1 of: Episodes that will actually teach you something)

Here (from wiki) is a more detailed explanation of the origin of Alcohol proof, if you are interested: "In the 18th century and until 1 January 1980, the United Kingdom defined alcohol content in terms of “proof spirit”, which was defined as the most dilute spirit that would sustain combustion of gunpowder.[1] The term originated in the 18th century, when payments to British sailors included rations of rum. To ensure that the rum had not been watered down, it was “proved” by dousing gunpowder in it, then tested to see if the gunpowder would ignite. If it did not, then the rum contained too much water and was considered to be “under proof”. It was found that gunpowder would not burn in rum that contained less than 57.15% abv. Therefore, rum that contained this percentage of alcohol was defined to have "100 degrees proof". "
via http://en.wikipedia.org/wiki/Alcohol_proof#History

Here is the recipe for both items so you can cook along at home:

1) Pour heavy cream into jar, making sure that you do not fill the jar more than ½ full. The cream needs room to expand.

2) Put the lid on the jar and shake. This will take a while.

3) The cream will eventually stop sloshing around. This is the whipped cream stage. It will feel like you are accomplishing nothing, but keep going…you’re almost there.

4) Eventually, the whipped cream will suddenly separate into a yellow mass floating in a white, watery liquid. The yellow is butter, the white is buttermilk.

5) Pour off the buttermilk to save for baking.

6) Add some water to the jar with the butter and shake. Pour off the water and repeat a few times. This rinses the buttermilk out of the butter.

2) Combine dry ingredients in a bowl.

3) Cut butter into the flour (or use a food processor). It should resemble coarse meal.

4) Add the buttermilk and mix until just combined. If the dough looks a little dry, add some more buttermilk. DON’T OVERWORK THE DOUGH.

5) Flour a board or clean surface, and turn the dough out onto it.

7) Use a round cutter (or a round glass) to cut the biscuits.

8) Place the biscuits on a prepared cookie sheet – sides touching for soft sides, or 1” apart for crispy sides.

This week's photo is via: http://letsfightcrime.com/2010/07/21/poppy-poppy-popcorn-shrimpies/
(I thought it was important to note that the photo was originally titled "BorkBorkBork.jpg" 'cause that is pretty cool.)